The Fair Labor Platform condemns Bolt Food’s efforts to intimidate striking couriers seeking better working conditions. We stand in solidarity with the striking couriers, support their demands, and stand ready to provide them with legal assistance.

Several dozen Bolt Food couriers temporarily stopped working on March 17, demanding improvements to their working conditions, a review of Bolt’s unfair payment system and more transparency in how their performance is evaluated by the company.

Instead of acknowledging their responsibility to negotiate with couriers – which it refers to as “partners” – Bolt Food has tried to prevent them from protesting and organizing.

Indeed, most couriers who took have taken part in the protests have found themselves blocked on the Bolt Food app. The company is also reportedly paying a higher rate to non-striking couriers and recruiting replacement couriers, which we view as a direct attack on the fundamental right to strike and workers’ right to associate.

Couriers also said that they received an e-mail from Bolt during the protest, stating that the company had contacted law enforcement – yet another attempt to intimidate the striking couriers.

Such tactics serve to suppress couriers’ fundamental right to assemble and associate. They are also clearly designed to intimidate couriers, as evidenced by a public statement by the company itself, which read in part: “Any kind of organized attempt that might disrupt the business operations of Bolt Food, or partner restaurants, will inevitably lead to a harsh response from the company.”

Unfortunately, Bolt Food is not the only food delivery platform that treats its workers harshly. The peculiarity of this sector lies in its business model, which treats couriers as individual contractors instead of employees. This is despite the fact that platforms exercise extensive control over the couriers’ work, similar to the control a company would exercise over an employee. This classification means that couriers lose most protections provided by Georgia’s labor rights laws.

The importance of performance bonuses is also central to delivery platforms’ business model – couriers generally cannot earn a decent wage without them. This creates an unhealthy and often dangerous work environment for couriers, as the companies often impose unrealistic performance goals.

Georgia’s Labor Inspectorate stated as much in 2020, when it determined that working conditions established by the food delivery platform Glovo were a risk to occupational safety. The Glovo inspection was initiated on the basis of a traffic accident involving a courier (see the reports here)

The Fair Labor Platform reaffirms its solidarity with Bolt couriers in their fight to improve working conditions, and expresses its readiness to provide legal assistance to both striking and fired couriers.

We call on the Labor Inspectorate to prioritize systematic and regular inspections of the gig economy sector – examining both safety conditions and general labor conditions.

This statement is endorsed by the following Fair Labor Platform member organizations: 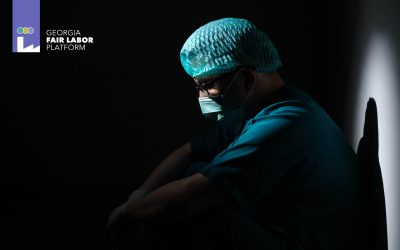 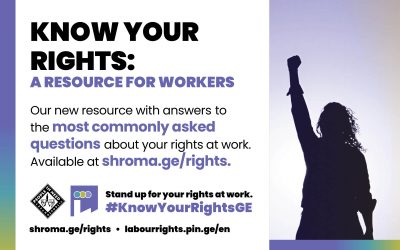