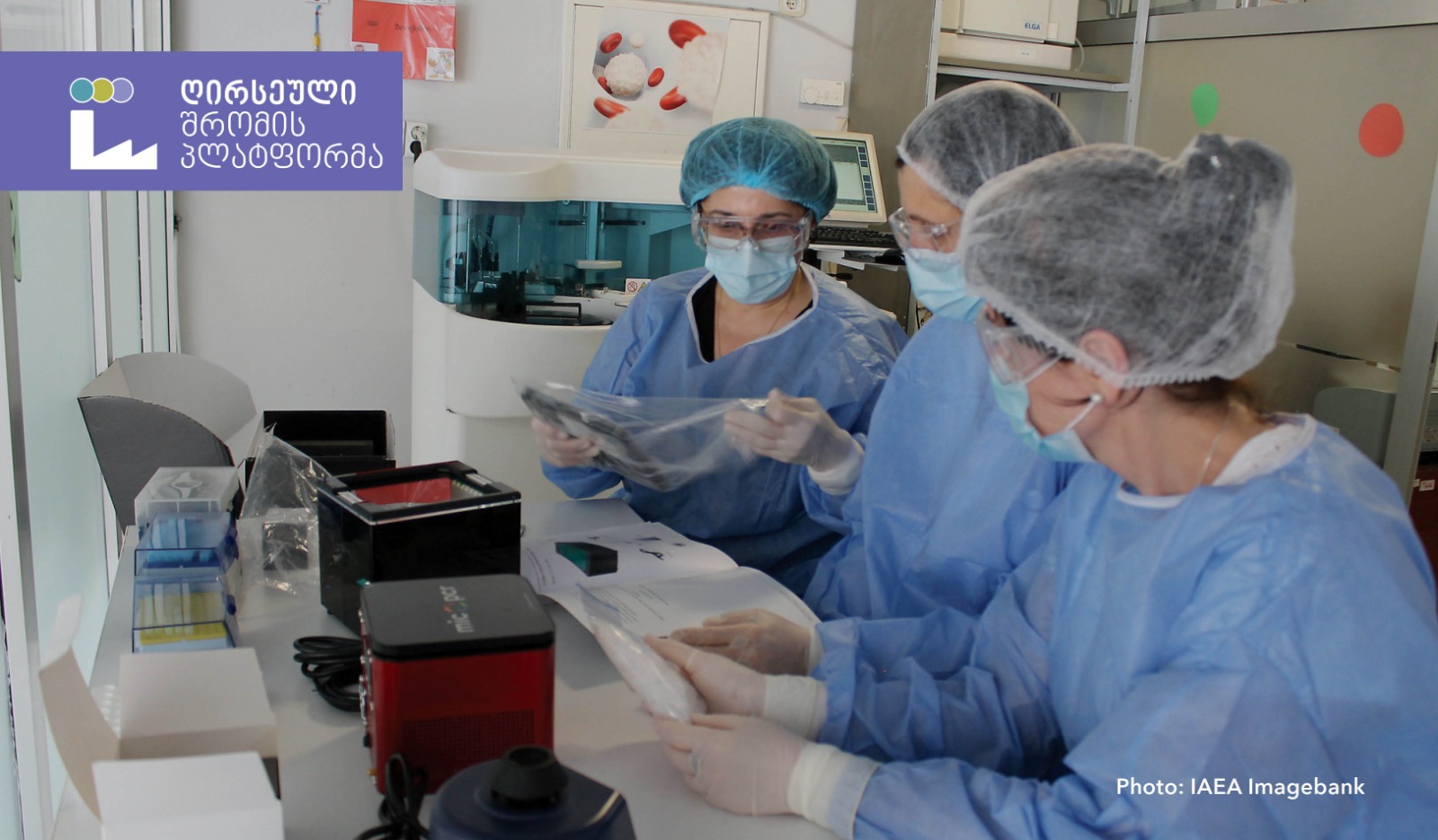 The Fair Labor Platform applauds the Ministry of Labor’s decision to establish a new minimum hourly wage for doctors and nurses, but believes the measure falls short in several respects.

The new minimum wage, which takes effect on January 1, 2023, will apply to all clinics involved in the state’s universal healthcare program. Under the regulation, the minimum hourly wage for covered doctors will be 7 GEL per hour, which works out to approximately 1,260 GEL per month. Covered nurses will have a minimum wage of 4.4 GEL per hour, or 792 GEL per month on average.

While the new minimum wage is undoubtedly a positive step forward towards ensuring decent remuneration for medical personnel and improving labor rights[1], the Platform believes there is still much more work to be done.

First, the initiative only applies to medical workers employed in clinics participating in the universal healthcare program. While the number of employees covered is significant, many medical workers will remain unprotected by the new wage law.

Second, the reform does not address other systemic labor challenges facing medical workers, including: unregulated working hours and overtime; excessive and unregulated patient-to-nurse ratios, which far exceed international standards[2]; and rampant wage theft. These challenges, taken together, are a major driver behind the exodus of trained medical workers from the profession – and from Georgia itself. Medical sanitation workers are also excluded from new minimum wage regulation, despite typically working in horrendous conditions.

Finally, the state continues its failure to act on the absence of a functional national minimum wage, which contributes to the extremely low pay of workers in other sectors. Georgia’s minimum wage currently stands at 20 GEL per month and has not been updated since 1999.

Steps taken by the state to ensure labor rights and decent remuneration in the healthcare sector must be of a systemic nature – not fragmented – if they are to have a real impact.

We believe that the expansion the medical workers’ minimum wage is the result of the systematic work and advocacy undertaken by the Fair Labor Platform and its member organizations, particularly the Solidarity Network trade union, which represents the health and service sectors. Solidarity Network has been raising the issue of low pay and overwork by medical workers for years and has repeatedly called on the state to take effective measures. Their work, and the battle of Georgia’s nurses and medical sanitation workers, made this new minimum wage possible.

Based on the above, the Platform once again welcomes the new minimum hourly wage for medical personnel. In addition, in order to create truly fair working environment for those employed in this sector, we call on:

▪️ The state, together with the employers of the medical sector, to regularly revise the new minimum wage rates for doctors, nurses and other medical workers and to bring them closer to the living wage, which is currently estimated at 1,770 GEL in Georgia;

▪️ The Labor Inspectorate to proactively inspect medical facilities in order to eliminate normalized wage theft and other labor violations in the sector;

▪️ The Ministry of IDPs, Labor, Health and Social Protection of Georgia to develop and approve standards, based on international standards and best practices, that impose limits on nurse-to-patient ratios and to ensure the supervision and implementation of this regulation in practice.

This statement is endorsed by the following member organizations of the Fair Labor Platform:

[1] According to a study conducted by the independent trade union Solidarity Network during the Covid-19 pandemic, the average salary of nurses in Georgia ranged from 250 GEL to 508 GEL, which was insufficient to cover even the basic needs of employees. In addition, according National Statistics Service data, the median salaries in the healthcare and social services field is 774 GEL per month, well below the 900 GEL national average (and the average monthly salary is 1318 GEL).

[2] After the pandemic, the average number of patients cared for per nurse shift increased from 11-19 to 15-24 and has not decreased substantially since then. This is well above the threshold nurse-to-patient ratio under international standards. See Ordem do Enfermeiros. (2014, May 30). Norma Para O Calculo De Dotações Seguras Dos Cuidados De Enfermagem. Retrieved from https://www.ordemenfermeiros.pt/media/8332/pontoquatro_norma_de_dotacoesseguras_dos_cuidados_de_enfermagem_ag_30_05_2014_aprovado_por_maioria_proteg.pdf 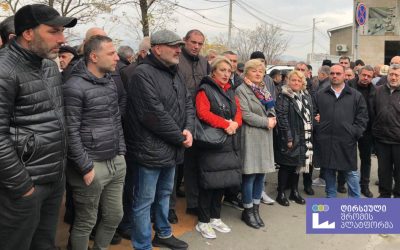